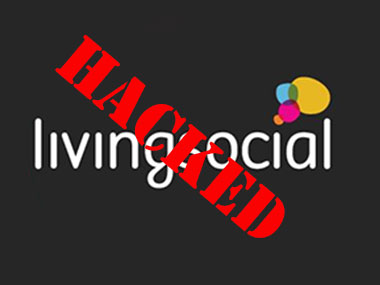 A recent cyberattack on the daily deals website LivingSocial has put customers’ information at risk. Hackers attacked the company’s servers last week and made off with personal data. The good news is according to LivingSocial customers’ credit card information and merchants’ financial information wasn’t accessed. However, the cyberattack resulted in access to data such as names, email addresses, dates of birth and encrypted passwords.

Decoding users’ passwords isn’t easy but LivingSocial, taking every precaution, expired all users’ passwords on Friday, April 26th. Users who tried to login to the website were confronted with a message displaying “unauthorized access” requiring them to reset their passwords.

If you’re a LivingSocial customer, it’s important that you change your password immediately if you haven’t done so already.

More than 50 million users were affected and told by LivingSocial that they should change their passwords. CNNMoney received a copy of an email on Friday from a LivingSocial spokesperson saying that the company was in the process of sending emails to customers that stated hackers could have accessed names, dates of birth, email addresses and encrypted passwords. If you’re a LivingSocial user, you should have received an email from the company asking you to create a new password.

The message also reported that they were “actively working with law enforcement to investigate this issue.” LivingSocial has declined to comment further on the incident, however they’ve shared an internal memo that was sent out to employees earlier on Friday from CEO Tim O’Shaughnessy.  The internal memo is cited on tech blog “All Things D” and can be viewed at: LivingSocial Hacked — More Than 50 Million Customers Impacted – Kara Swisher – Commerce – AllThingsD.

All LivingSocial customers had some data hacked except for those in Thailand, Korea, Indonesia and the Philippines. These countries weren’t affected because they use TicketMonster and Ensogo, which are on different systems.

The news of the LivingSocial attack came three days after the Associated Press’s Twitter Account was hacked; hackers sent a Tweet claiming that an attack on the White House left US President Obama injured. This was false, but the Tweet did result in a sharp decline in the US-based stock markets for a brief period of time.