Are Ottawa Business Professionals Addicted To Their Smartphones? 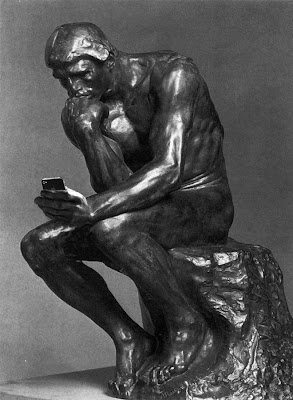 The rate of smartphone ownership is increasing in Canada, and a new report by Google suggests that users are becoming addicted to their mobile devices. Sure, we carry our phones with us all day long. They help us pass the time during our breaks, and we rely on our phones for communication, as well as information.

Does our reliance on technology, and smartphones in particular, really qualify us as “addicts”?

According to an online survey conducted by Google, an estimated 56% of the 1,000 Canadians who participated in the survey own a smartphone, which has increased by a dramatic 33% since 2012. We can’t deny how much we use our smartphones, 80% of all smartphone owners admit that they won’t leave the house without their mobile device.

“Mobile has become a core part of how people live their lives today,” Google Canada’s Head of Mobile Advertising, Eric Morris explains. “The study shows people are using mobile to change all aspects of their life, whether it’s their job, travel, shopping, the way they communicate with others, and specifically trying to understand the world around them,” says Morris.

Our Newest Form of Entertainment and Banking

Possibly the biggest question on our minds is how long it will be before our smartphones replace all of our technology alternatives? Surprisingly, roughly 35% of smartphone owners admitted that they’ve replaced watching television with entertainment found on their smartphone.

In addition, about 78% of the 1,000 Canadian individual’s surveyed use their smartphone for social media, with 52% logging on daily. Another surprising fact is that about 75% of smartphone users have streamed videos on their phone, and one in five users report streaming videos on a daily basis.

A smartphone offers everything we require, from online banking to social media. Essentially, our smartphones are becoming a large part of who we are.

On average, smartphone users have approximately 30 apps and use approximately 12 during a month span. Whether smartphones have become a harmful obsession or just an extreme habit is uncertain, but as the mobile industry expands, there’s bound to be an increase in smartphone use, and more “addicts” like us.

Have questions about the use of smart phone and other mobile technologies for your Ottawa business?  Contact Fuelled Networks today at (613) 828-1280 to arrange a no obligation review of your business mobility needs.