One of the methods black hat Internet marketers and hackers have of “tricking you into clicking” on their shady ads or pop-ups is scareware. It actually first cropped-up almost ten years ago, but more sophisticated scareware is making the rounds on the ‘Net, threatening computer networks that are outfitted with the best antivirus and malware detection tools, simply because it relies on human gullibility, not having to bypass normal cybersecurity measures. You can thank the bottom-of-the-barrel ethics of corrupt enterprisers, malicious coders, and black hat marketers for the advent and resilience of scareware – but you can also thank all the dupes who clicked on these manipulative ads that warn you to “Get Antivirus Software Now – You’re Infected!” for instance. 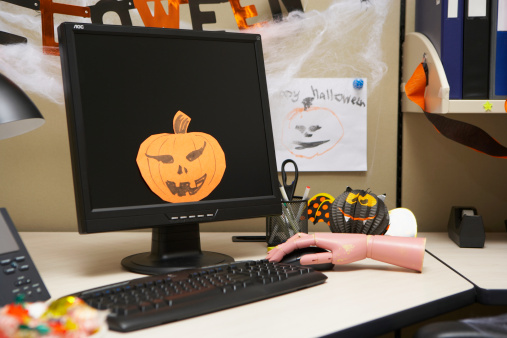 Many are realizing the scamminess of these fake ads, if they’ve ever been scared into purchasing antivirus or malware-fighting packages (supposedly), and have only seen the problem grow worse, as the scareware keeps perpetuating the pop-ups. Here are some of the titles of scareware apps whose legitimate-sounding names are used purposely to trick people into clicking on their ads:

Beyond all the aforementioned anti-scareware tips, soliciting the advice of an expert is the next step to take in the fight against scareware. A good IT professional, for instance, can advise you on what security protocol to use to protect yourself from the annoyance of scareware ads. If you have questions or concerns about IT security, cyber safety and being scareware-free, Fuelled Networks is the leader in providing IT security and consulting in Ottawa. Contact one of our expert IT staff at (613) 828-1280 or send us an email at info@fuellednetworks.com and we will be happy to help.