CEOs of $500M Companies Are Terrified of Digital Threats, So Why Aren’t You? 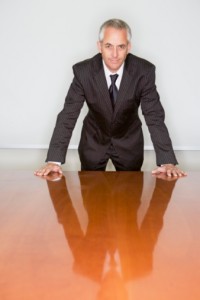 Regardless of the size of your Ottawa company, your preparation against digital threats is likely not enough to keep your sensitive data safe. Whereas cybercriminals commonly target small companies on the assumption that they will have less effective security measures, even the heads of massive corporations are worried about cybercrime, and rightfully so.

To address any and all fears you have for your business’ cybersecurity, get in touch with Fuelled Networks today at (613) 828-1280 or info@fuellednetworks.com.

Last month, KPMG reported the results of their study of CEOs and cybersecurity preparedness. Entitled “Global CEO Outlook 2015”, the report provided truly shocking information about the how the leadership of $500M enterprises felt about their safety in the event of a cyber attack.

This report polled over a 1,000 CEOs, and found the following results:

Even if your Ottawa business is not operating on the level of companies such as this, you still need to keep your data safe. The industry consensus is that cyber-risk remains unpredictable, in that it is much more difficult to quantify than with most other risks, and it is much harder to know when one is truly adequately prepared to address cyber-attacks. The bottom line is: better safe than sorry.

It’s not worth risking your valuable company data! To learn more about effective cyber security solutions, contact Fuelled Networks today at (613) 828-1280 or send us an email at info@fuellednetworks.com.