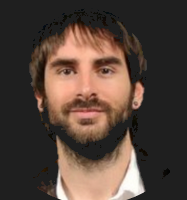 The latest air tragedies that occurred this year were on Malaysia Airlines MH370 and MH17. MH370 disappeared on March 8th 2014, and was never found. While the search for MH370 continued, another Malaysian airplane struck tragedy. MH17 was shot down on July 17th 2014, killing all 283 passengers and 15 crew on board.

Current news that a security researcher named Ruben Santamarta discovered a way to infiltrate the satellite communications on an airplane and interfere with its navigation and safety systems is more than just chilling in the wake of airplane tragedies this year.

Santamarta is a consultant with a cyber-security firm called IOActive. He plans to lay out technical details of how to perform the hack during one of his most highly anticipated talks at this week’s Black Hat conference in Las Vegas.

In some situations, no user interaction is necessary in exploiting flaws and hacking the system. IOActive say that a simple text message could do the trick. These vulnerabilities extend beyond planes to other modes of transportation and services:

However, Santamarta said he has only tested the hacks in a laboratory, and they might be too difficult to perform on actual aircrafts in the real world. He hopes that whatever happens, his information will encourage satellite communications vendors to fix their flaws as soon as possible.

Whether this hack can be performed or not, it definitely needs to be addressed and solved, as this is not the first time security researchers have shown planes to be vulnerable. In April, a security consultant and trained commercial pilot unveiled an app called “PlaneSploit” which he demonstrated could virtually hijack flight desk computers and feed false navigation information to change the course of a simulated jet.

In the growing age of technology, more and more cyber threats are becoming prevalent, and this is become yet another circumstance that urges for greater security services.

For more information on Ruben Santamarta’s recent discovery, contact our team at Fuelled Networks. You can give us a call at (613) 828-1280 or send us an email at info@fuellednetworks.com. Our team is dedicated to providing your business with the security it needs to feel safe and protected.