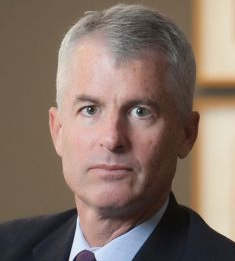 Philip Mudd knows a thing or two about making decisions.

He spent 25 years working in intelligence, rising through the ranks to eventually serve as CIA Counterterrorist Center deputy director from 2003 – 2005 and then after that as a FBI senior intelligence advisor.

Mudd has to make about a hundred difficult decisions every day.

Mudd is out of that stressful world now and he’s recently released a book, The HEAD Game: High-Efficiency Analytic Decision Making and the Art of Solving Complex Problems Quickly, about the methods he developed over his quarter-century in intelligence to help him and others solve their problems.

Okay, we know you want the answer to your problem ASAP… but before you dive in, you need to make sure that you’re asking the right question first.

Don’t just assume you’re asking the right question because it’s the first thing that popped into your head when you started thinking about your problem. People make this mistake all the time, wasting countless hours with unnecessary legwork that could have been avoided if they just took a few extra minutes to think of the question that’s really at the heart of your problem.

This can be done by working backwards: think of your end goal is, and then go back to what needs to done to accomplish that goal. That line of logic will bring you to the right questions.

Complex problems can be overwhelming to deal with.

Mudd had just a bit of a complex problem himself when he was trying to figure out how to deal with Al Qaeda.

To even start working on a problem this impossibly big, you’re going to have to break it down into manageable pieces. What are the factors that are driving your problem? Mudd made himself a different basket for each different driver: leadership, recruits, money, weapons, etc.

Your drivers might not be as exciting as those, but don’t worry: what’s more exciting than solving problems anyway, even if they don’t make movies and TV shows based on your work?

Don’t go overboard though, as making too many drivers will create unnecessary work. Mudd recommends you keep it limited to no more than 10 drivers.

“If we don’t, the analysis we provide will suffer the same fate as a sprinter who thinks he’s great but has never owned a stopwatch: he enters an elite competition, and reality intervenes,” Mudd warns.

In others words, you need context for your data in the form of measurement, or there’s no way to know what you’re getting.

Now that you know what your drivers are and how you’re supposed to measure them, it’s time to finally collect all your data.

Segmenting the data into the drivers will allow you to process it without getting burned out.

With all the data now in hand and easily digestible, it’s time to make your decision…

Don’t listen to anyone who tells you to trust your gut. “I hate intuition. It’s dangerous and it makes me nervous,” says Mudd.

You’ve already got the infrastructure in place to make a thoroughly informed decision, but don’t put your critical thinking hat away yet. Double-check your work. Throw out anything that doesn’t fit into your drivers. Question the validity of the data that sticks.

After all that hard work and due diligence, you’re finally ready to make the right choice. Good luck, not that you need it after Mudd’s advice. Just follow the steps.

Contact us at (613) 828-1280 or info@fuellednetworks.com for more information about our IT services.