Following a 2010 speech that noted the evolving threats to Canada’s cyber network, the government of Canada has outlined a robust plan to address the risks to the Canadian government and its citizens from state-sponsored cyber attacks, terrorist threats, and cyber crime. Many parts of Canada’s cyber security strategy are aimed at protecting critical and classified government information and infrastructure, but the plan does directly affect ordinary Canadians through a series of specific initiatives designed to make Canadians more secure online. In particular, the government has concerned itself with what ordinary Canadians worry about most: the security of their sensitive personal information. 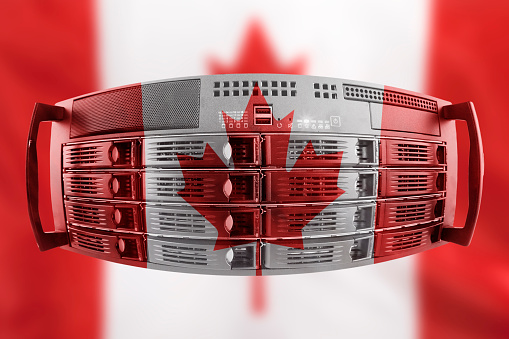 To craft a responsive cyber security strategy, the Canadian government first looked at what the average Canadian worries about when they go online. A Decima Research report found that Canadians are very aware of the risks that they face from cyber criminals and hackers. Barely more than a third of Canadians think that their computer and sensitive files are very safe from online threats, while over three-quarters of the country expressed concern over how secure their personal information is. Despite this risk awareness, however, almost two-thirds of Canadians continue to conduct sensitive transactions over the Internet while 57 percent store personal information on their Internet-connected computers.

In response to the concerns that many Canadians have over their cyber security, the government’s plan involves taking a two-pronged approach to address the threats of cyber crime:

improve the average Canadian’s awareness of the proper cyber security measures that they can take.

How exactly will this plan affect the average Canadian? On the enforcement side, law-abiding Canadians will remain unaffected by much of the initiative. The number of new tools that law enforcement will gain through key legislative reforms are aimed at preventing, stopping and prosecuting cyber crime. For example, Internet service providers are now required to assist law enforcement agencies in intercepting data to aid in catching hackers and to provide individual customer data to help stop online crimes in real time. Additional laws designed to make combating identity theft and child pornography easier have also been introduced.

At the same time, the Canadian government’s strategy recognizes that each Canadian has a significant role to play in protecting themselves from becoming the victim of online crime. As such, much of the government’s initiative is aimed at educating citizens on the most critical cybersecurity practices, including keeping antivirus protection up-to-date, frequently changing key passwords and only using secured wireless networks. The government is also trying to increase general awareness of the types of threats that common online crimes generally present.

Are you concerned that your business’ cyber security strategy isn’t strong enough? Our expert technicians have experience in analyzing and implementing robust security plans to protect our client’s critical information. Contact us today at (613) 828-1280 or info@fuellednetworks.com to learn more.