Is VMWare Part Of Your Server Virtualization Strategy? 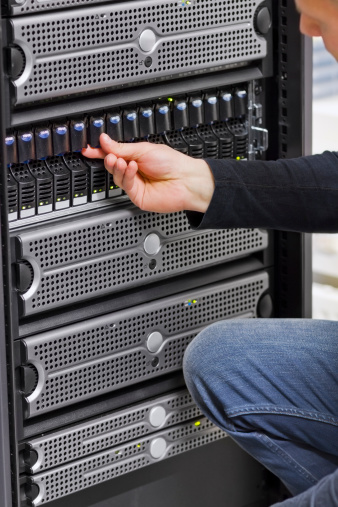 Businesses are going virtual with Our VMware Virtualization Service! VMware Virtualization allows you to virtualize your entire IT infrastructure, or specific aspects of it, so you can run multiple operating systems and applications at the same time.  This increases the efficiency of your IT system, your employees’ productivity, and saves you money on expensive IT equipment.

How Does Virtualization Work?

A virtual machine (VM) is a tightly isolated software container that can run its own operating systems and applications, and acts just like a physical computer. Many virtual machines can run on a single computer at the same time. A hypervisor is used to separate the virtual machines from the host, distributing computing resources to each virtual machine as needed.

Server consolidation uses computer server resources efficiently so the total number of servers or server locations is reduced. You can virtualize one or two servers, or aggregate a server cluster into a consolidated resource. Server consolidation reduces your hardware count and the costs associated with it while increasing the performance of servers.

Storage consolidation combines data storage among multiple servers. VMware virtualizes your storage by combining your existing server disks into a shared group, without the cost of purchasing a SAN (storage area network) system. Storage consolidation increases your IT efficiencies because the time required to access and store data is reduced.

Desktop virtualization is used to separate a computer desktop environment from the physical computer. Your employees use a virtual desktop in the same way they would a physical one. Virtual desktop solutions increase business flexibility, reduce costs, and simplify management.

The Benefits of VMware Virtualization

Looking for an IT solution to help you improve productivity, reduce costs and diminish downtimes?  Fuelled Networks’s VMware Virtualization Service does all this. For more information, give us a call at (613) 828-1280 or send us an email at: info@fuellednetworks.com