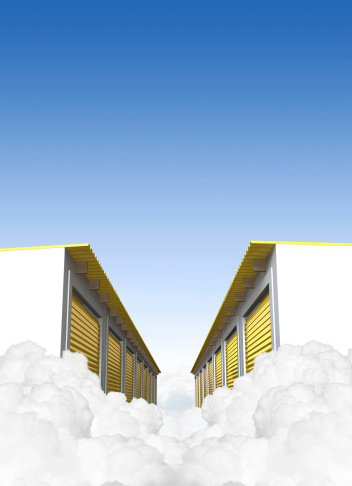 On a Monday, October 27th blog post, Microsoft announced that they are removing all OneDrive storage limits on Office 365 users. Previously, cloud storage space on OneDrive for Office 365 was capped at 1 TB. From now on, those who buy Office 365 will also receive unlimited access to cloud storage via OneDrive at no additional cost.

This new policy applies to all future purchases of Office 365 and is slowly being implemented in current versions of the program. It takes time to retroactively apply this new feature, so Microsoft is first updating those with the following versions of Office 365:

This process will take months, so first users are getting a bump up to 10 TB of space, which will in turn be bumped up to unlimited. 1 TB sounds like a lot of space already, so you may be thinking that Microsoft is able to do this because it doesn’t make much of a difference in how most people use their service. Who else other than certified collector-freaks whose computers are the virtual equivalent of those stray cat-infested, magazines-piled-to-the-ceiling houses you see on A&E’s infamous program Hoarders would need more than a terabyte of space?

Well, if this is what you think, you’re wrong. 30 years ago you could get a gallon of gas for a dollar, and now you’ll pay three times as much. A dollar won’t get you as far as it used to. Storage space follows a similar principle. A few years ago a terabyte of storage would be more than most people would ever need, but now in relative terms it isn’t that much.

This inflation of storage needs is somewhat the result of the emerging popularity of smartphones. Almost everyone now carries a high-quality video camera in their pocket. Also, our Western society’s increasingly inflated sense of self-importance leads us to capture a trip to the store down the street with the same rigor and detail as one would have taped family vacation to Europe on a tendon-straining shoulder-mounted camcorder a generation or two ago. Completely normal people now have hours upon hours of HD home movies that take gigabytes upon gigabytes to store.

Anyways, back to Office 365. Cloud computing is a hot market right now, and with this move Microsoft has taken a big step towards being the worldwide leader in the field of cloud storage. Right now Dropbox is OneDrive’s chief competitor in the realm of cloud storage. Dropbox currently offers a Pro Account that provides users with 1 TB of space for $10 a month. The cheapest version of Office 365 is just $7 a month and now includes unlimited cloud storage. Microsoft’s service is cheaper and it offers more. The ball’s in your court, Dropbox.

Do you have any thoughts about Office 365’s improved cloud storage space for users or cloud computing in general? Contact us at (613) 828-1280 or info@fuellednetworks.com. Fuelled Networks is happy to answer any questions you want to ask.