Sin City: Where Ransomware Is Most Likely To Lurk

A recent survey reveals that Sin City aka Las Vegas is the place where ransomware attacks are most likely to occur within the United States.

Sin City might be home to some of the hottest slot machines in the country, but it is also the U.S. destination where you are most likely to contract ransomware. That’s right, a recent survey shows that a little under 500,000 ransomware incident occurred in Las Vegas between July and October. During this time, both computers and networks were attacked by ransomware that was designed to freeze the devices or hold user data hostage until a set ransom was paid. 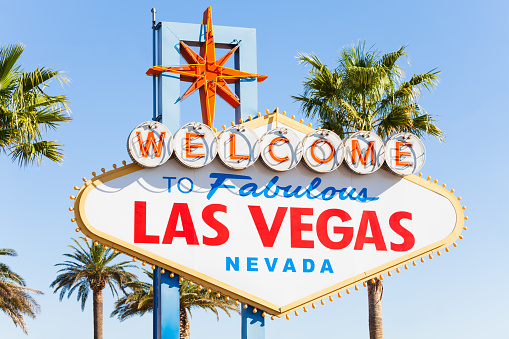 Why Is Las Vegas A Target For Ransomware Attacks?
Las Vegas is the 28th most populous city within the United States. It is also a global tourist destination, which is one of the top reasons why it might have so many ransomware attacks. One theory is that the city is home to tens of thousands of WiFi connections. Unsuspecting visitors might connect to WiFi networks that aren’t password protected and thus more susceptible to a ransomware attack. Additionally, people tend to have their guard down in Las Vegas, which means that they are more likely to click on phishing emails that contain ransomware packages.

Industry experts also believe that larger tech-focused cities are less likely to fall victim to ransomware attacks. The reason is simple — tech focused areas tend to be populated by individuals who are trained to avoid opening, downloading, or forwarding basic phishing attacks that are likely to contain ransomware. However, Las Vegas is a transient city that is often populated by distracted business men and women who are less likely to recognize a basic security threat. In many instances, the latter individuals will simply delete the email, without realizing that the ransomware payday has already been delivered to their device and potentially the networks that their device connects to. It is much harder to stop the spread of ransomware in these instances. As the old phrase goes, “if you have an ace up your sleeve, then you might as well use it.” In other words, if an attacker was successful with ransomware in Las Vegas once, then they might try again with another unsuspecting Sin City visitor.

What Precautions Should Visitors Take Before Heading To Sin City?
No matter the reason, security precautions should be adopted prior to visiting Sin City. Visitors should only sign into password-protected WiFi networks. Suspicious emails shouldn’t be opened and should be immediately deleted from all devices. In the event of a possible security breach via ransomware, your company’s IT department should be alerted, regardless of whether your device was disconnected from the company network. To help prevent the latter occurrence, the security on all business and personal devices should be updated before visiting Las Vegas. Finally, visitors should stay apprised on the latest phishing scams and basic online attacks that are notorious for delivering ransomware to unsuspecting users. For additional help protecting your company against ransomware attacks contact Fuelled Networks located in Ottawa via info@fuellednetworks.com or (613) 828-1280.