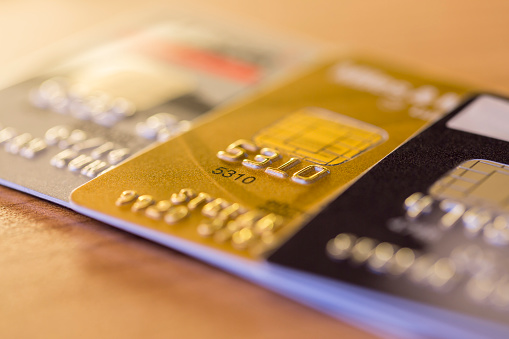 Credit card skimmers are one of the most successful tools nowadays in cybercrime, with thieves attaching them to pay portals that are used by many, on a regular basis, such as at gas pumps, ATM machines, and cashier terminals, putting anybody who swiped their cards at these places in risk. Once a card skimmer is in place, the electronic device is able to steal the information stored on the magnetic strip of your card.

Once the information is stolen, cybercriminals are able to use the personal information to make a clone of the card, which can then be used to destroy an individual’s credit, run up large bills, and leave your bank account empty, oftentimes before you are even aware the offence has been committed.

Credit card skimmers are the main reason that many credit card companies and retail outlets are now switching to EMV cards, but the process is slow going and they are not yet available everywhere. As a result of card skimmers, groups of thieves as well as individuals have been successful in stealing millions of dollars.

In order to achieve this sort of volume using skimmers, it would require approximately 42,000 transactions to be effected, which gives a good indication as to how common and easy it can be to have your finances compromised by this sort of crime.

A major concern with card skimmers is that they can show up just about anywhere, especially because they are easily available for purchase to anybody who desires one. Simply reading the news in recent months makes it clear how common it is to come across a skimmer, with dozens being discovered at various gas stations at many locations, including several cities in Cincinnati, Florida, as well as Detroit and St Louis.

Skimmer use at ATMs has as much as tripled in areas of New York this year. Now that awareness about card skimmers has been raised, you may be left wondering how to protect yourself by spotting a skimmer before you allow your information to be compromised. Read on to learn how to avoid falling victim to this thievery.

In order to protect yourself from card skimmers, it is important to understand the two different types of commonly found skimmers, as explained below:

Overlay Skimmers – an overlay skimmer fits over the card reader slot at a gas pump or ATM machine. With older, or low quality models there are a few characteristics that make it identifiable, such as:

Defeating overlay skimmers can be quite simple, and for the most part only requires the machine user to cover the keypad with their hand as they enter their PIN, as without it the thieves will not have all of the information required to clone your card.

Advanced Skimmers – advanced skimmers are unfortunately more difficult to spot, and can sometimes even be impossible to catch. A particularly effective model comes from Brazil, and is actually an overlay skimmer, however, the entire front of the ATM machine is fake, making it much harder to spot the offending hardware.

Advanced skimmers can present in a variety of fashions, and many examples are described below.

Although advanced skimmers are less commonly found, and are considerably more expensive than overlay skimmers, in coming years we can expect to see them become far more widespread and affordable. Fortunately, we are seeing more and more banks switch to EMV cards, that use chip technology as opposed to magnetic strip as an answer to these concerns.

In addition to new technology for bank cards, mobile payment options are also becoming increasingly popular, with consumers able to send payment directly from their smartphone, regardless if they are an Apple or Android user. In order to avoid having your financial information compromised, it is recommended to avoid using electronic payment methods at locations that are most likely to have card skimmers installed, including restaurants, gas stations and online.

As an added precaution, text alerts can be set up on your banking cards that notify you whenever there is activity on the card, making you aware immediately if your information has been stolen.

Discover more about about keeping your information safe and secure from the threat of cybercriminals. Contact Fuelled Networks today at (613) 828-1280 or send an email directly to info@fuellednetworks.com to find out about our managed IT services wherein we safeguard your entire IT infrastructure and keep you up-to-date on the latest threats.