While the debut of Windows Server 2003 brought advances in IT security, the termination of its extended support on July, 14th, 2015 will create various security-related challenges for businesses that fail to upgrade before it’s too late. 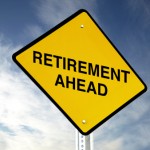 Here are some of the most serious concerns:

Businesses who choose to run Windows Server 2003 beyond the end of its extended support may fail to comply with government or industry regulations concerning the privacy and security of sensitive customer data. Potential consequences include failed audits, damaged relationships with major partners, and hefty non-compliance fines.

After Microsoft ends support for Windows Server 2003, there will no longer be patches or updates available, which means running the system will cost a lot of time, energy, and money trying to safeguard against vulnerabilities. In fact, it’s estimated to cost $200,000 per year simply to prevent non-compliance.

Security updates will no longer be available for Windows Server 2003, thereby leaving bugs and system vulnerabilities unaddressed. This is particularly worrisome since Windows Server 2003 continues to be listed among systems commonly targeted by cybercriminals.

When compromised due to weakened security, attackers can launch assaults on other systems within the same IT environment. Additionally, any application connected to the underlying operating system can also be threatened if operated under Windows Server 2003.

If you haven’t devised a plan to upgrade, call (613) 828-1280 or send us an email at info@fuellednetworks.com. We’d be happy to help you upgrade to avoid malware infections, performance issues, and non-compliance fines.