The Power of Tradition versus the Simplicity of Innovation 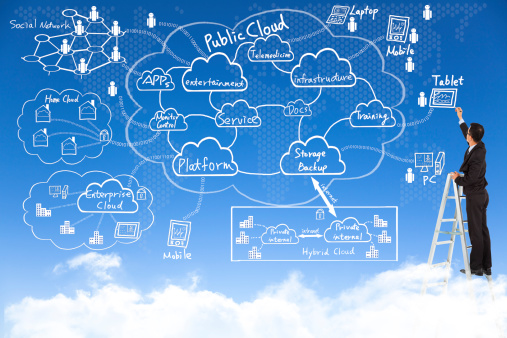 The productivity suite is the beating heart of the day-to-day activities of many businesses. A person’s work is only as good as their tools allow them to be, and the competition between Microsoft and Google to offer the best toolbox is to the benefit of users on both sides of the fence.

Microsoft’s Office 365 is descendant of an esteemed pedigree of office products that have been the de facto suite for over 23 years. Google Apps is the newcomer, but it brings with it the creativity and integration that Google is famous for. It’s an age-old conflict between tradition and innovation, between having learned from mistakes and being brave enough to make new ones.

Waxing philosophically about the furnace of competition is all well and good, but the bottom line is this: which productivity suite is best for your business today?

Both products offer similar functionality: email, word processing, data tabulation, storage and collaboration tools. Both use cloud technology, both integrate well with whatever mobile technology you’re using. Office 365 has a much stronger offline profile, most Google Apps don’t function outside of a web browser. However, Office 365 has limited functionality on a Mac. The OneDrive for Business doesn’t work on a Mac, which can be a death knell in an increasingly BYOB workforce.

Microsoft Office 365 uses Outlook, Google Apps uses Gmail. Both offer a 25gb mailbox per user, and both offer a 25mb maximum attachment size. The one thin margin by which Outlook pulls ahead is offline access to emails: if you’re using the localized application you can draw up your emails without an internet connection.

Microsoft Word offers a fuller set of functions thanks to its years of iterations and evolution. Google Docs has fewer features but has a great strength in the simplicity and elegance of its platform. For most users Google Docs is plenty to get their word processing needs met. It’s only the power user that demands the entire set of editing and publication tools.

The same logic applies to Excel vs Sheets. Microsoft Excel is much more fully developed, but Google Sheets hits the nail on the head for providing exactly what the user needs and how most people use these programs. That being said, there are more high powered Excel users than Word users. While Sales may be perfectly happy with Sheets, you may leave Accounting begging for more powerful tools.

The way that Google pulls ahead of Microsoft in terms of productivity tools is in collaboration. Sheets and Docs integrate seamlessly with Google’s sharing tools and allow real time interaction and work in the same space. Granted, both users need to have a Google account to utilize these features, but in a business setting it is likely that internally everyone will have the same toolset. The only place it could be a problem is when trying to share outside of your organization. Ultimately the productivity tools are very similar, but Google has the edge in terms of sharing.

So which option is best for your business? For richer, more powerful tools and a stronger offline profile consider Office 365. For better collaborative tools, a more intuitive interface, and a more platform agnostic system consider Google Apps.

Contact Fuelled Networks by phone at (613) 828-1280 or email at info@fuellednetworks.com to learn more about the difference between Microsoft Office 365 and Google Apps.