What Does the Microsoft Cloud Mean for Canadian Business? 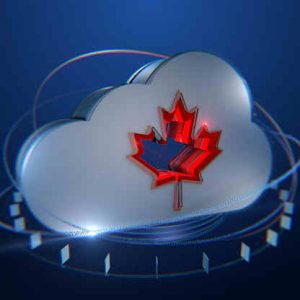 It seems Microsoft is finally giving commerce in Canada its just do with the launch of significant data centres in the country, and it could not have happened at a better time. With the Canadian government set to pass even more sweeping regulations over the data that the private business market shares, giving Canadian business access to domestic cloud-based services helps these companies compete worldwide without having to work around stifling government policy. Here are a few reasons why Microsoft was quite prescient in being first to market in Canada.

PIPEDA is the federal act that has governed how private businesses in Canada may use personally identifiable information since it went into effect on April 13, 2000. On its surface, the act is meant to limit how private businesses use customer data; however, in practice, it tended to limit the ability of any Canadian-based company to move data outside of the country. This was a huge hindrance to all business – international corporations, especially those from the oil and gas industry such as Suncor Energy and Imperial Oil, faced barriers to synchronization with its partners out of the country. Small and medium-sized businesses (SMBs) in the country found themselves stifled and reticent to move data outside of Canada at all, limiting their prospects around the world.

Competing with the United States

The price of data storage in the United States continues to be a mere fraction of holding the same data in Canada; some market experts put the figure between 50 to 60%. Many Canadian companies were unable to compete unless they held their data in data centers based in the United States, a practice frowned upon by PIPEDA and the subsequent provincial acts it inspired. However, larger companies were able to find a workaround, while the SMB market suffered. With less of an ability than international competitors for the movement of data, Canadian companies were harder pressed to compete in the virtual world as a whole. This increased the overhead costs of hosting a domestic business in Canada created bottlenecks in productivity and stifled expansion of businesses in the country that were ready to grow. Only companies with enough money or connections to get around PIPEDA were able to expand to their potential, and the resources expended there limited growth as well.

Microsoft bringing the cloud to Canada means businesses based in Canada will no longer have to directly face down government regulations in order to expand. Canadian businesses now have a viable and cost-effective solution into the virtual world without moving into US-based data centers. Companies in Canada may also compete using virtual production and distribution methods, giving them the same fulfillment opportunities as companies in the United States, albeit with a 16-year lag.

Unlike many of its other products, Microsoft has actually garnered quite a reputation for security in the cloud, meaning that the PIPEDA controls over personally identifiable information will not mean as much to Canadian businesses who need to collect customer data in bulk. Overall, both Microsoft and Canadian businesses of all sizes will benefit from Microsoft’s move into the country, and perhaps the move will serve as fodder for the government to update its policies so domestic business continues to flourish.