What You Need to Know About Canada’s National Security Framework

Canada’s national security framework is outdated and limiting what investigators can do. Learn more about what is holding law enforcement back in our latest post.

National security is much more than keeping borders secure and investing in the military. That may have been the focus many years ago but national security has transformed into cyber security as well. The Canadian government, much like many other government systems throughout the world, are poised with ensuring their citizens are protected. With a highly connected world both online and in person, this can be a daunting task. Technology is constantly advancing which means that national security will need to progress at the same speed, if not faster. 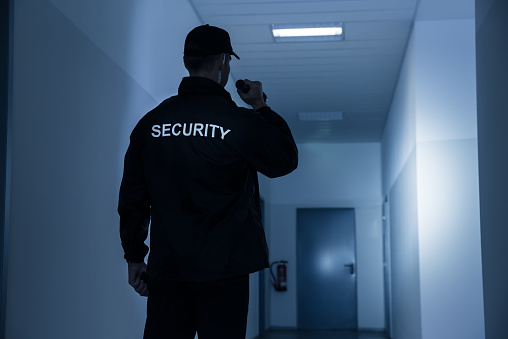 How We Are Susceptible

We all enjoy using our technological devices such as smart phones, laptops, computers, tablets, and more. These devices help make our lives better and they will continue to do as long as the devices become better and better. Along with these benefits, we are also opened to many threats. There are countless criminals and even terrorists that can attempt to gather vital information about citizens as well as the government. This information can be used against us to make money and even steal money from us. These attackers attempt to do this in various ways but at the centre of these attacks is the technology we know and love.

In Canada, just like other places all over the world, privacy is important. For most people, this means protecting your devices with things such as anti-virus and anti-malware. However, we also rely heavily on our law enforcement and national security investigators to help protect our privacy. We rely on them not only to keep us safe in the physical world but also in the digital world, as privacy there is becoming more and more important. Not only do we want to be protected, but when there is a known threat or attack in progress, we expect them to investigate and inform the public.

Laws on Information in Canada

Luckily for people living in Canada, there are laws about how information can be used and collected. These laws detail how information can be use as evidence in court. However, most of these laws were written before technology became so integral in our daily lives. As a result, we have new problems to deal with and the laws do not necessarily assist. The law is typically behind the changes in the world and this is just one example that can be integral in how Canada deals with cyber security. These laws do help in many situations but there are four problem areas where investigators need to be concerned. These areas, in terms of technology gathered information, are:

Let us look at these four problems in detail to see what the real issues are with them according to the current law.

Encryption is something that is used by many companies, as well as cyber attackers, to avoid detection, limit the ability to decipher messages, and even avoid investigation. For legitimate companies that are only trying to protect secure data, this poses no problem. However, when investigators need to gain access to these encrypted messages, the process can take a long time. They must first get legal authorizations for the encrypted data then obtain the information. Even after all of this is done, there is no component of the law that will require them to decrypt their information making it almost impossible to really determine what the information is.

When companies practice data retention, they are storing telecommunications information. This means they can not only keep track of when someone calls a phone number, but they can also determine how long the call lasts and where in the world the call originates from. This kind of information can be extremely important to an investigation, depending on its nature. However, there is no law in place in Canada that requires anyone to maintain this information and it can be deleted almost immediately as a result.

Law enforcement uses basic subscriber information in a variety of situations. Sometimes, it is the only way they can identify someone. They use basic information such as a phone number, a license plate number, and more to help them in their search. There are limits to this, however, which have come in the form of Canadian court rulings. These rulings have made it necessary that safeguards be put into place to protect the individual if the information is connected to other information that may reveal intimate details about someone’s private activities. There is also no law currently that determines the access to basic subscriber information. These two components combined can make it difficult to obtain the information. Even when they do get it, it can take a long time to do so.

Intercepting messages can be an integral part of criminal investigations as well as maintaining national security. While there is a law in place that allows this to be done with legal authorization, problems occur because many communications providers do not have the technical ability to provide this kind of service. Because of this, a lot of vital information and evidence can be missed and result in potential attacks.

One thing to keep in mind is that Canada is not just looking at information that is exchanged within the borders. They are also looking at information that is being communicated to and from Canada from all around the world. This makes it even more difficult to get the information needed. Not only do problems arise trying to get information from other countries when working together on an investigation but also in Canada. Some communications providers only offer their services in Canada and must abide by Canadian law, even if they have information from another country that may be vital. Some countries will want to work with Canada on these issues but when the law in another country is just as limiting as it is in Canada, there is nothing that can be immediately done.

The landscape of national security is changing but the laws surrounding it have not changed at all. There will be a time when the law catches up to the new landscape but there is no way of telling when that may happen. One thing is certain, things will need to change sooner rather than later if Canada and other countries want to stay ahead of terrorists and cyber attackers. These criminals are using these outdated laws to their advantage and they will continue to do so until changes are made.

For more information about Canada’s national security framework and how you can protect yourself from cyber attacks, be sure to contact Fuelled Networks in Ottawa via (613) 828-1280 or info@fuellednetworks.com.